10 August
One of the books I read on holiday was Barack Obama's 'The Audacity of Hope - Thoughts on Reclaiming the American Dream'.  It is well written, especially for a politician, and an easy read. By the end of the book I had gained some insights into the constraints (self?) imposed on a mainstream US politician and  a better understanding of where he stands on many of the major issues that divide his country (he is against the war in Iraq and also against same sex marriage).  Despite my scepticism I warmed to the optimistic, open and pragmatic approach he has taken.
more
16 July
There is an article by Melanie Reid in this morning's Times Online covering George Lucas' testimony to the US Congress. Under the headline 'The Force is with Scotland's School's intranet, says George Lucas' the articles goes on to say: 'In what must rank as one of the most heady compliments ever given to an education system, the film maker announced to members of the US House of Representatives that America should adopt Scotland's pioneering school websites as a way to improve pupil access to technology.' (:.
more
15 July
Our press officer Lee-Ann has just sent me a pdf of a small news article in today's  Herald with the above headline. This is really the Glow section of the LTS website (or what we call the LTS Online Service). It looks pretty good and the new sections 'Glow in Your Area', 'Glow in Action' and 'Learning about Glow' will continue to develop as the programme develops..
more
14 July
This one really made me smile :) George Lucas mentioned Glow in his testimony before  the US Congressional committee on telecomm and the Internet a couple of weeks ago. His testimony (6 pages) makes really good reading but the mention of Glow is on page 5 for those of you who are impatient..
more
14 July
On 24 June The Scottish Government public expenditure watchdog Audit Scotland published a review of 20 major capital projects including  Glow. Overview Audit Scotland noted that Glow had already been the subject of a number of external reviews including several using the OGC Gateway Process and that the programme was characterised by the close working relationship between the Scottish Government, LTS and RM Education. Cost In this category Glow received the highest rating – Good: ‘Still working within the £37.5m overall budget for the contract, currently £105k ahead of this figure. Milestone payments.
more
6 July
The second book in my pile of books to read over the Summer was Charles Leadbeater's 'We-Think'. Charles is signed-up to be one of the keynote speakers at the LTS organised Scottish Learning Festival in September. The inside cover of the book describes Leadbeater as 'one if the world's leading authorities on innovation and creativity' so just what we need to inspire the 7,000 teachers and others who will be at SLF2008. I have enjoyed reading Leadbeater over many years and admire the way that he carefully constructs.
more
6 July
I took  most of this week off to catch-up with stuff around the house and the garden. It was the first week of the school holidays in Dundee so a great time to be on leave.  I still haven't got over the feeling, from my time as a teacher, that the first week in July is the start of the summer. 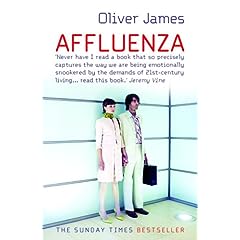 I associate the school summer holidays with reading and have just finished Oliver James' 'Affluenza'. It is a good read and makes a lot of sense but left me thinking that there was not much.
more
8 June
Last Thursday and Friday I had the pleasure of attending the P6/7 school show at Eastern Primary School in Dundee. The show was called 'Hot Dates' and the story follows a group of primary teachers on the first day of term planning the big ('hot') events of the school year - from the nativity play to the school sports. It's a great script for a P6/7 show because the children understand the context of the school, get the jokes and have such fun playing the familiar parts of teachers and pupils. It was a brilliant show, P6 were.
more
3 June
My colleague Ewan McIntosh's post on 'Quirkology - there is no career path just luck' makes for interesting reading. I left the following comment: 'My take on what most people call luck is that it's where preparation meets opportunity. Hard work is (usually/often) a necessary but insufficient condition for good luck. By and large you also need to have the awareness, self-confidence and attitude to risk to make your own luck.' I think the work of Martin Seligman is important here. Seligman writes on positive psychology and what he calls learned optimism. In the Scottish.
more
3 June

One of the great jobs I have in LTS is leading the Scottish Learning Festival. The event is now in it's 9th year and has evolved from being an exclusive ICT event into the major national showcase for Scottish Education. SLF2008 takes place over two days, 24 and 25 September, in Glasgow's SECC. This year the event will be opened by Cabinet Secretary Fiona Hislop and the SLF programme will feature international keynote speakers, 150 seminars and an exhibition of educational resources. The main theme of this year's.
more
« First‹ Previous91011121314151617Next ›Last »