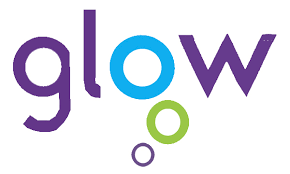 I was fortunate to be invited to a Scottish Government event last Friday hosted by Graham Leicester of the International Futures Forum.  The record of the proceedings can be found in Graham’s blog which also links to some of the other online contributions (the record of the  live back-channel is on the Twitter hashtag #EDIFF )

I commented on Graham’s Blog as below:

Just like all other human inventions Glow has a historical context. Might be difficult for some to acknowledge but the idea of a national intranet was a pretty radical one in the period prior to the procurement in 2001-03. An idea that most people dismissed as not possible because of the way the local authorities were set up. Also worth noting that this was at a time when ‘cloud computing’ was not the dominant model, learning platforms were all based on software that had to be installed on every computer. So Glow was really groundbreaking at the time and was a bespoke solution for Scottish schools rather than available as an off-the-shelf package.

The biggest assumption about Glow was that within a few years it would be educationally and politically unacceptable for Scotland to have children and teachers unable to access some basic services online because of where they happened to live. Schools in most of the big council areas, and a few others, already had pretty good systems in place (hence were slow to uptake Glow) but for most of the country provision was still in the pre-internet age. Glow was, and to my mind still is, fundamentally about making sure that education on a remote island can be as good as that in a large city. Some of the detractors of Glow sometimes appear to conveniently forget the historical context and the purposes of Glow focusing only on their own advanced practices. This polarises the discussion into either a national intranet or space to nurture and support innovation. To my mind both are essential and not in competition.

The original work on the design of Glow was led by the then Scottish Executive. Robert Skey and John Connell (who was on secondment from West Lothian Council) who worked closely with LTS to develop an outline specification that was then published on the LTS website for comment. Two major workshop events were held for local authority staff and others to develop the specification and it was this shared-vision version that went out to procurement.

Glow has had lots of international interest and plaudits as well as visits from governments representing more than 20 countries. Visitors were generally impressed and usually envious of the vision and strategic decision-making powers of the Scottish Government and its ability to invest at a national level (in a learning platform and the local authority broadband interconnect) whilst at the same time working in partnership with the local authorities.

The general level of uptake of learning systems in HE and schools internationally is around 20% [based on my direct experience and informal conversations rather than hard evidence]. In the first version of Glow we tried to shift the focus from pushing content to facilitating collaboration and sharing as we thought these would be the main benefits. To say that doing better than 20% would count as success is probably stretching it (although given the figures we started out with of 1.5m users including parents would amount to 300k regular users of the system which would be significant for v1 of new software system in education). We always worked on the basis that 100% was the target but had to acknowledge that the speed of implementation and access to end-users was largely controlled by the local authorities, teacher education faculties etc.

My final point is that unless things have changed since I left LTS in July 2009 nobody in the organisation thinks that the next version of Glow should look anything like the current version. The next version needs to build on the lessons and successes of Glow v1. It needs to be much more flexible, dynamic and open to new tools as they become available. The online world has changed and this creates new opportunities for learning. My hope is that those now charged with responsibility for Glow will continue to recognise the need to provide some services at a strategic national/enterprise level.  I think this is important not least of all because the cost of devolving budgets would not provide good value to the public purse but fundamentally to do otherwise would return us to a time when the geographical location of our children and teachers mattered much more than it should in the 21st Century.